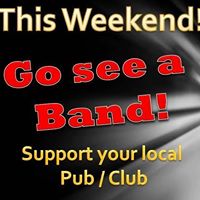 *** DO NOT CLICK ON THE ABOVE LINK IF NUDITY OFFENDS YOU *** 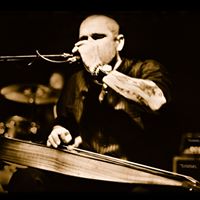 DOES YOUR MUSIC NEED A GOOD PRODUCER ???, LOOK NO FURTHER

HAVING WORKED WITH MANY GREAT ARTISTS INCLUDING

QUOTES FOR PRODUCTION, BIG AND SMALL.

Bands, singers/songwriters, music makers - please get in touch for quotes for Production, Mixing and Mastering.

Check this video and then email me at:

Festival favourites & internationally toured blues rock powerhouse - have played over 2,500 live shows and appeared at many of Australia’s leading festivals incl. Byron Bluesfest, Blues On Broadbeach, Gympie Muster, Adelaide International Guitar Festival & Airlie Beach Music Fest just to name a few. Also appearing at festivals in Germany, Netherlands, Italy & Canada. The raspy vocals of lead frontman Mason Rack have been described by fans as one of the sexiest voices in the blues music scene with flashes from Tom Waits and Led Zeppelin. As far as live performance “MRB” are entertainment monsters. Their drum duels, onstage antics and signature movements set them apart from everything & everyone else. An award winning stage show, definitely not to be missed! “Dragging blues kicking & screaming into the 21st Century”

Take your party to the next level,  Get The Mason Rack Band at your place. A party you will never forget. Email or call for a price.Taking Bookings for 2020/21 Now.